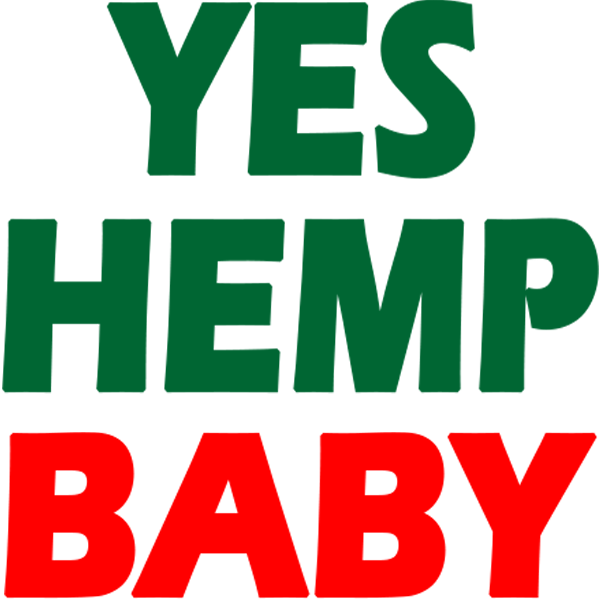 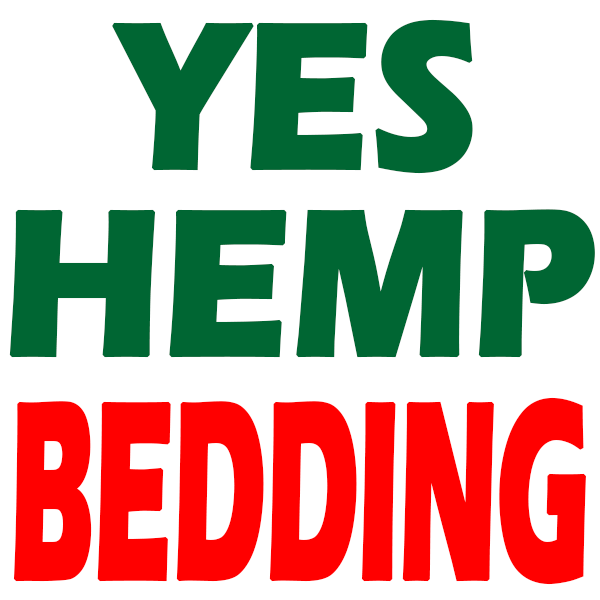 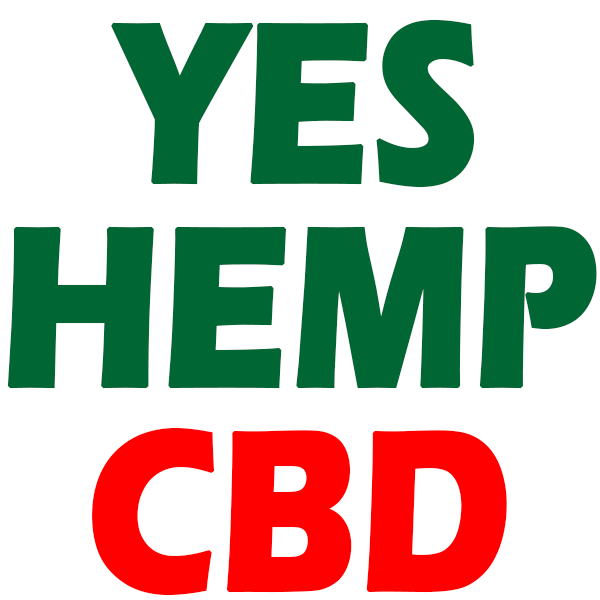 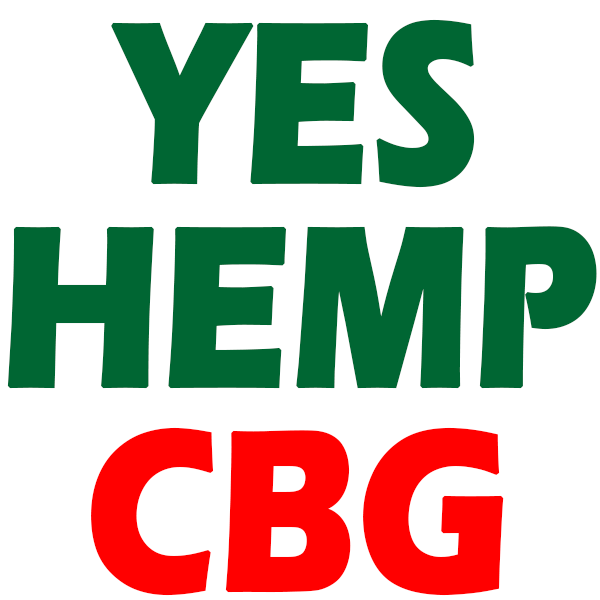 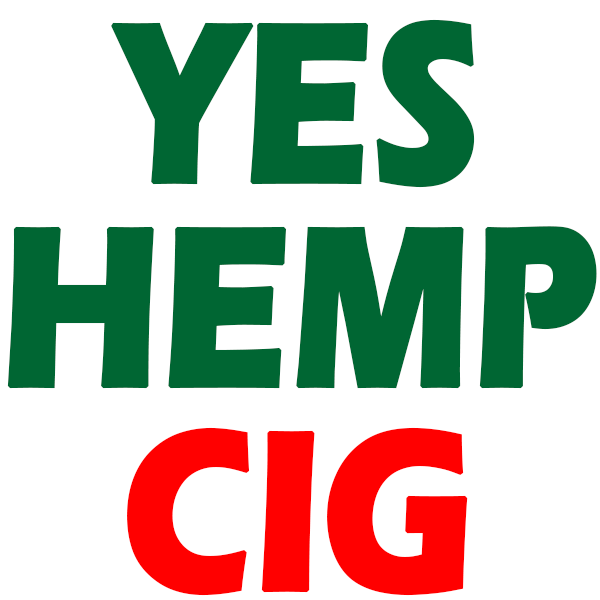 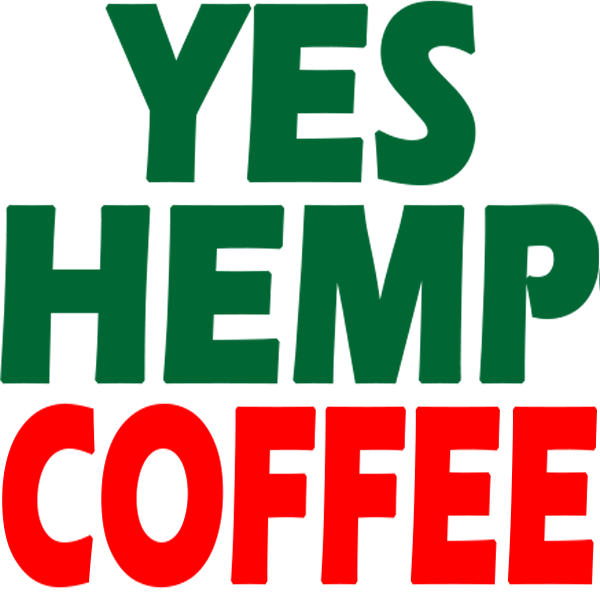 Planet Earth citizens please join hands as “hemp ambassadors” use this site to spread the word about the sustainable industrial opportunities that hemp brings to the table.  We do not harvest any information from our visitors.  Content is suitable for all ages.  YesHemp is not an advocate of marijuana.
Hemp is not Marijuana.  Marijuana is not Hemp. 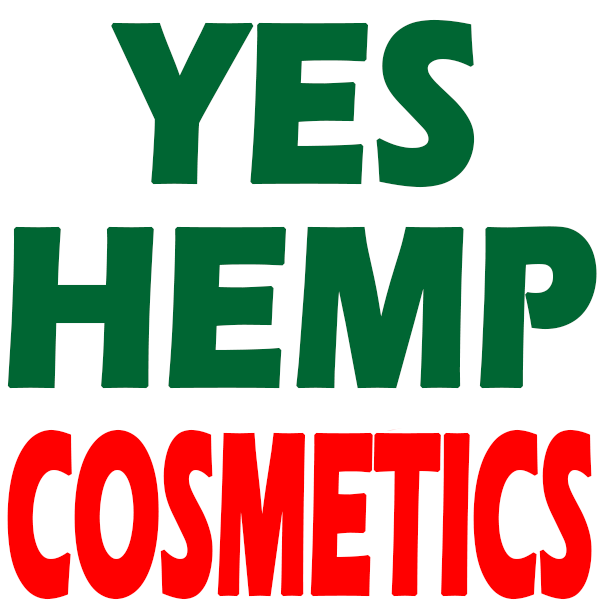 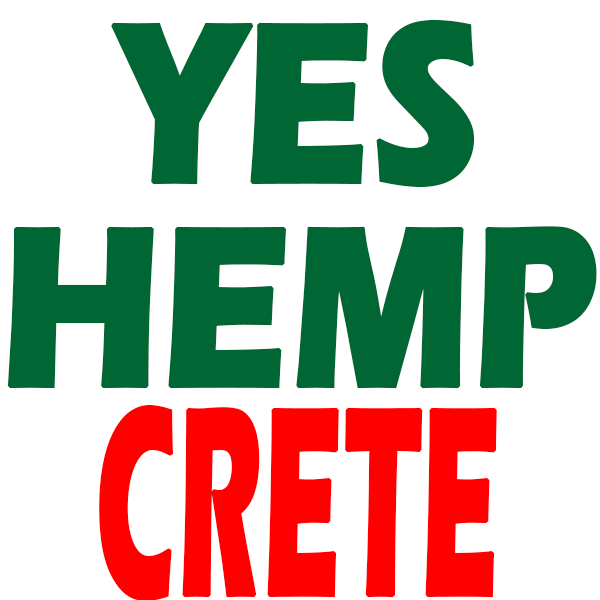 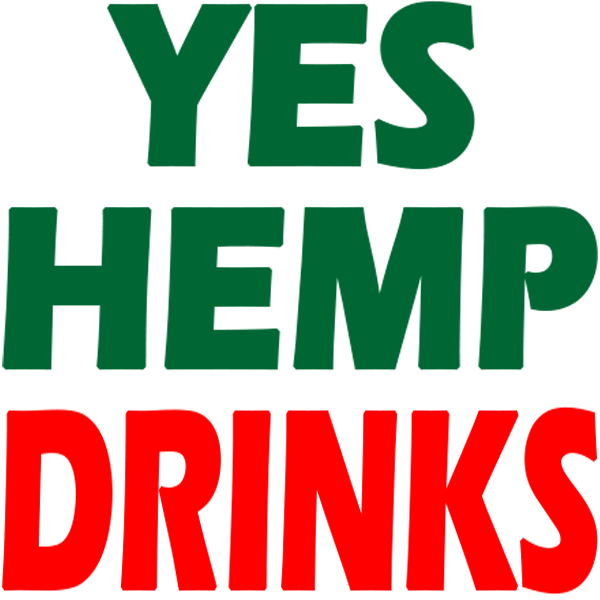 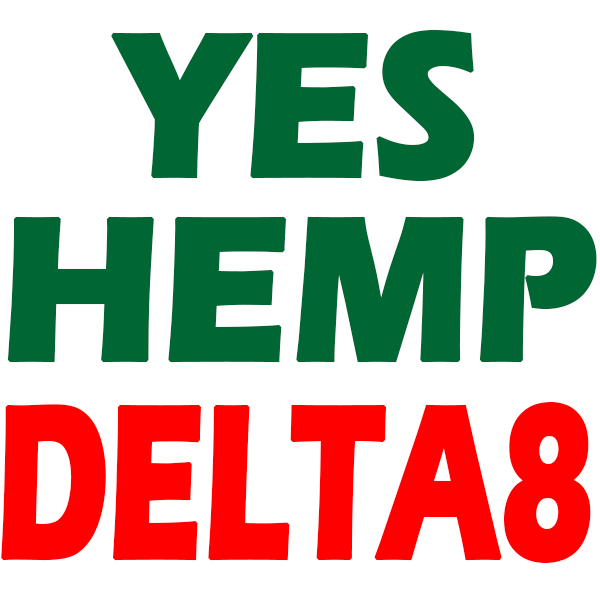 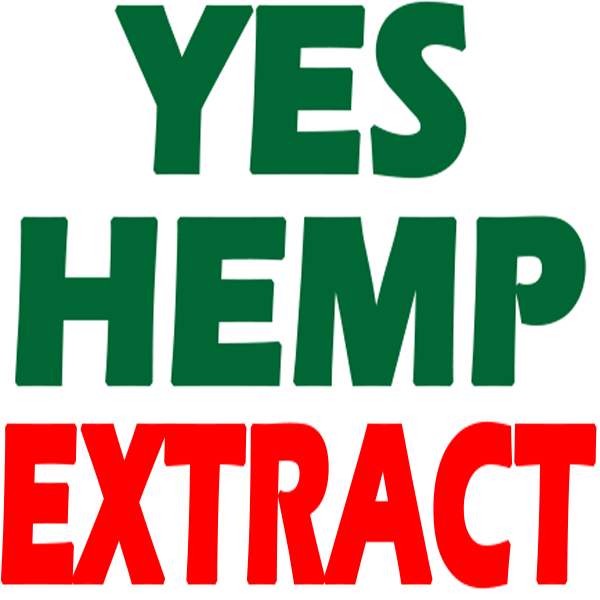 Please share with your contacts the wealth of information here and on https://yeshemp.com 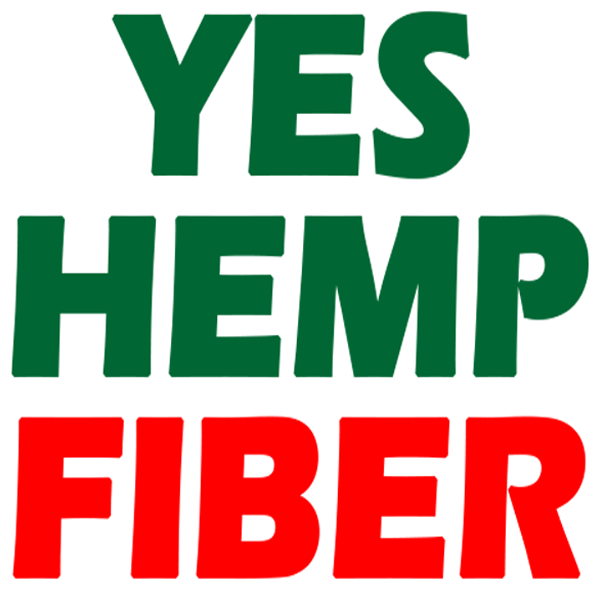 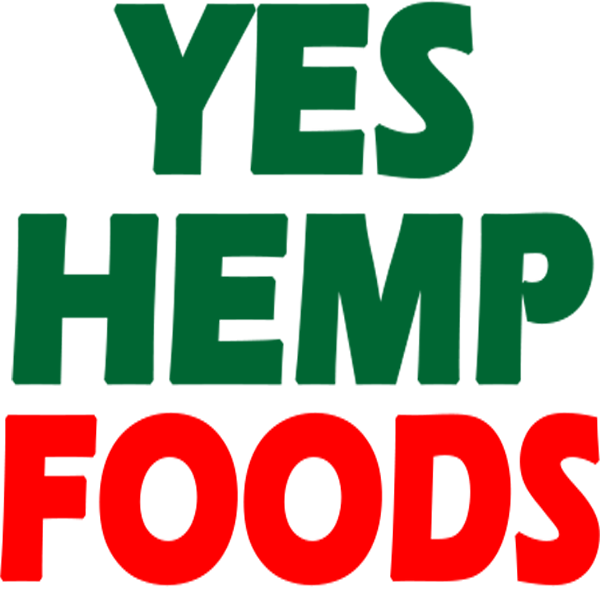 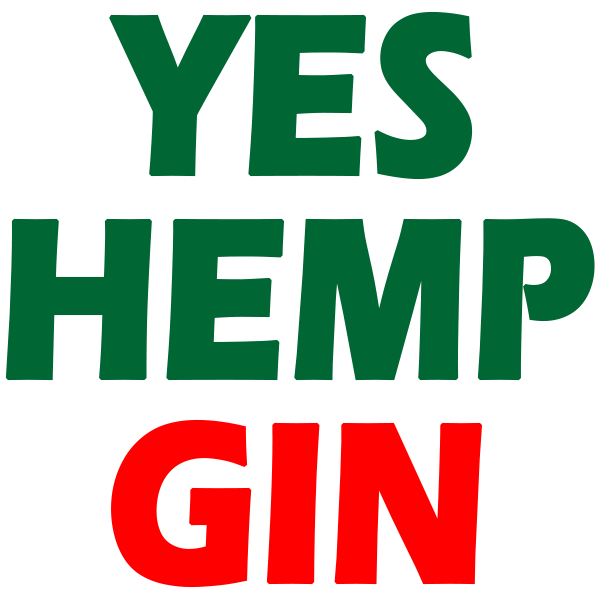 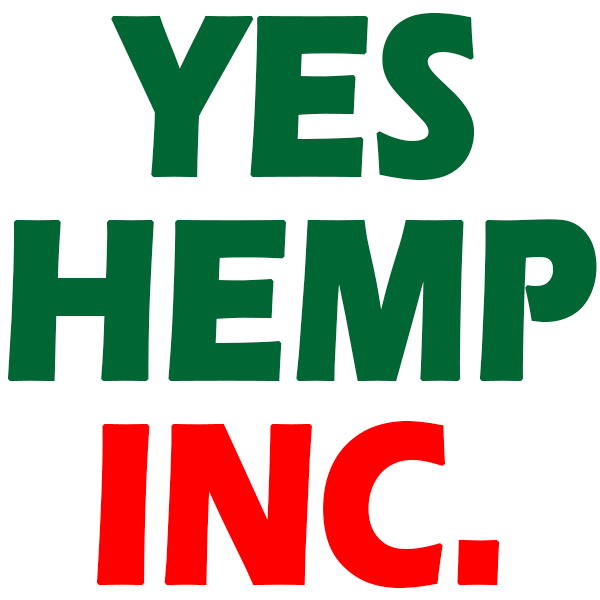 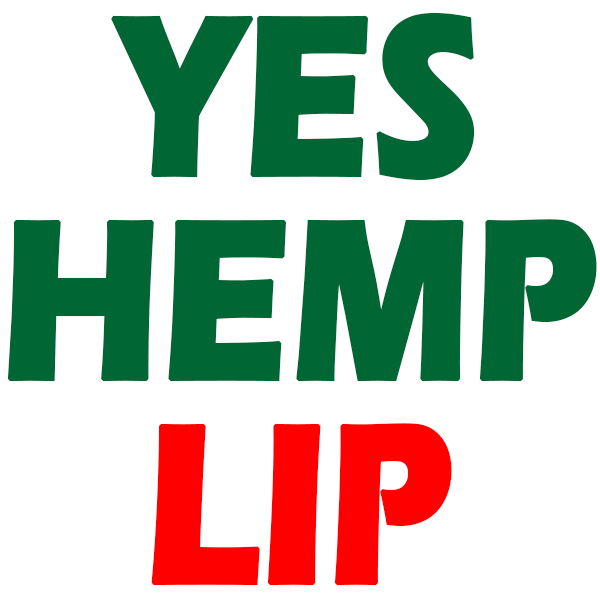 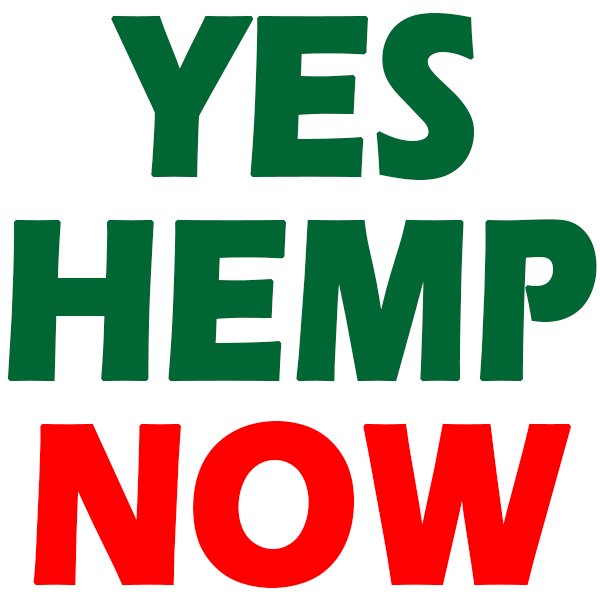 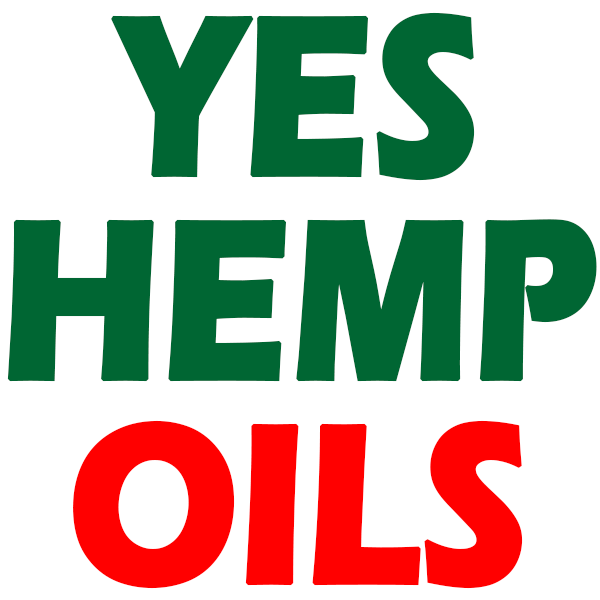 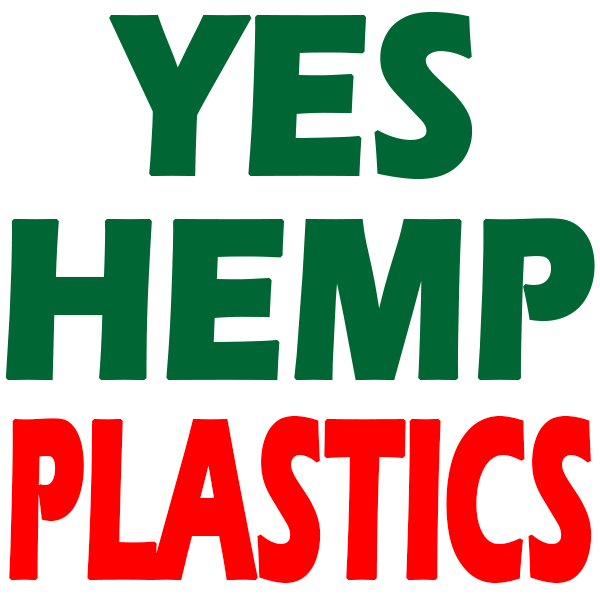 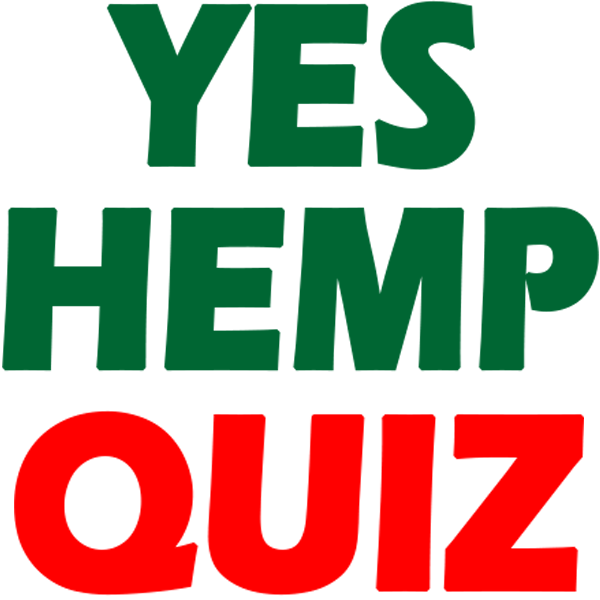 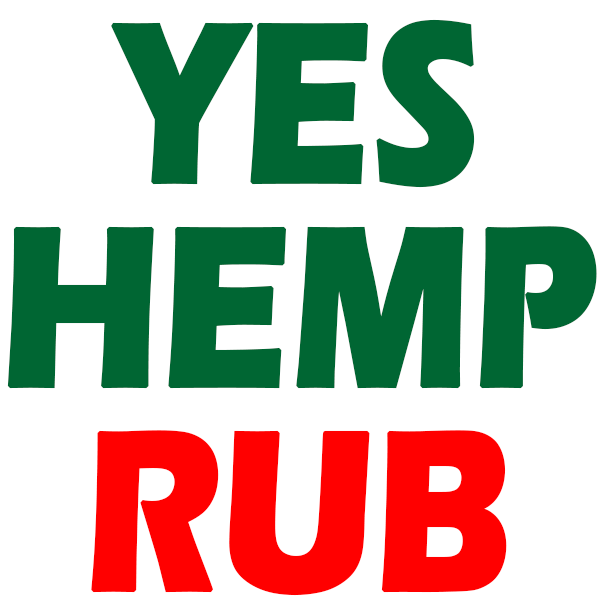 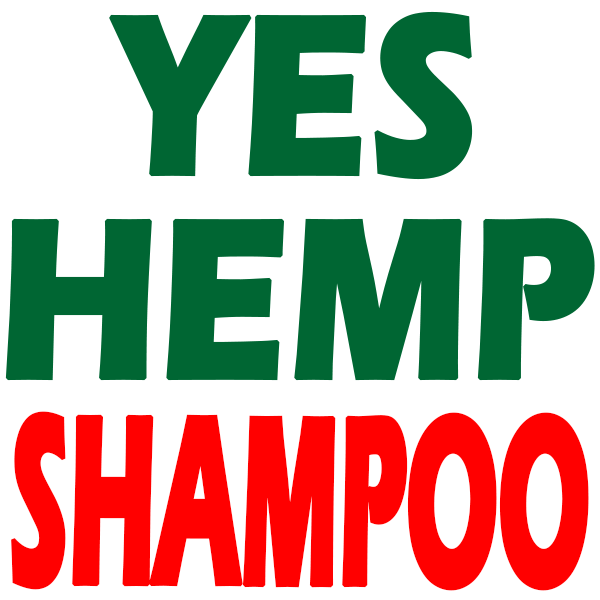 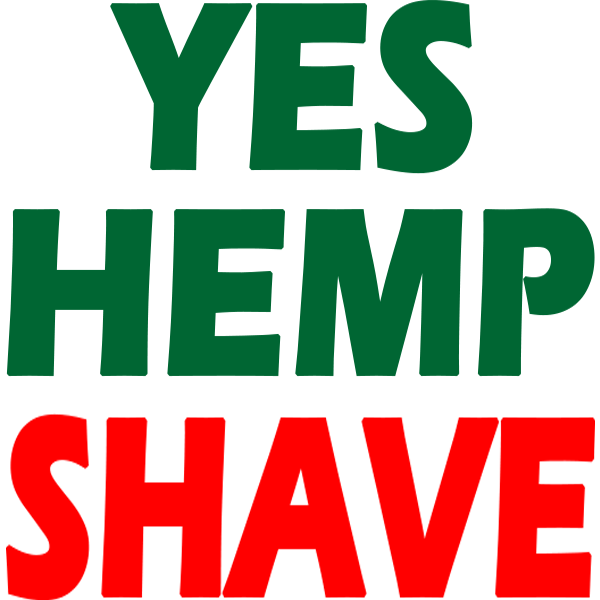 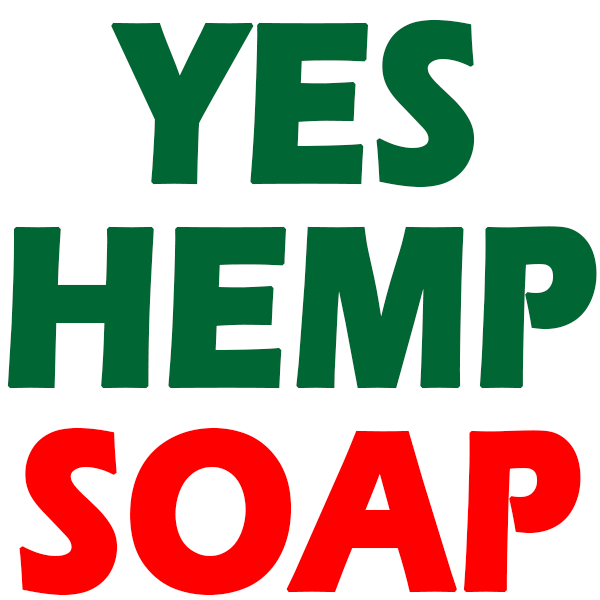 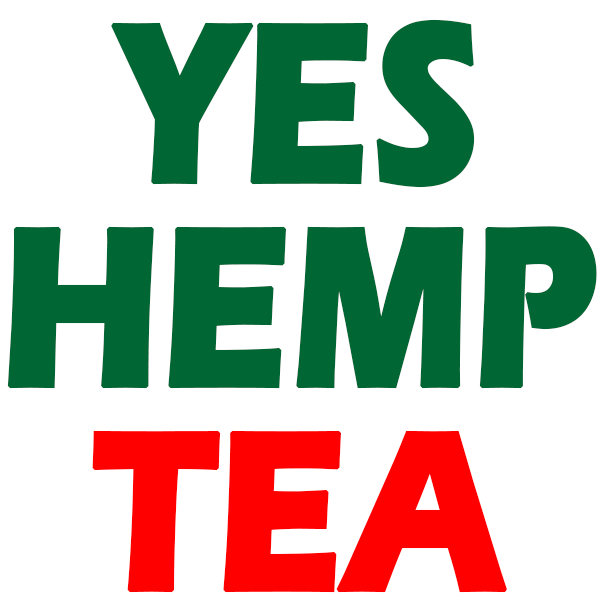 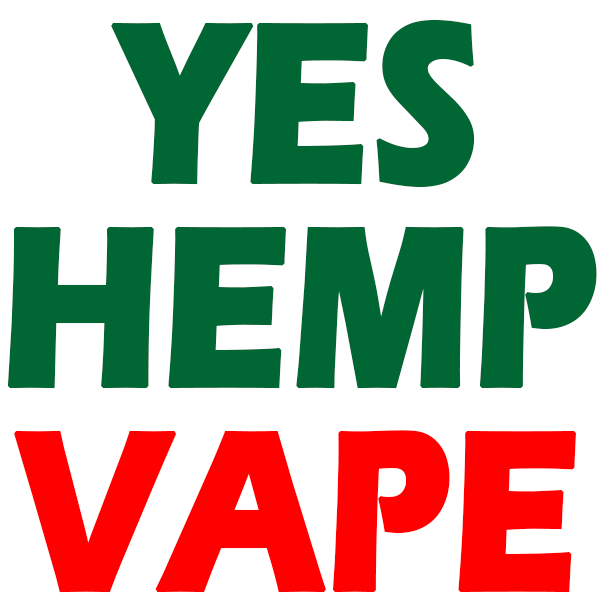 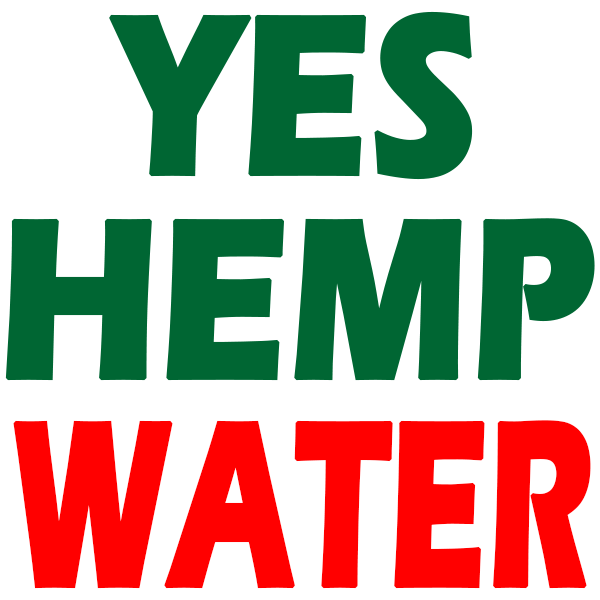 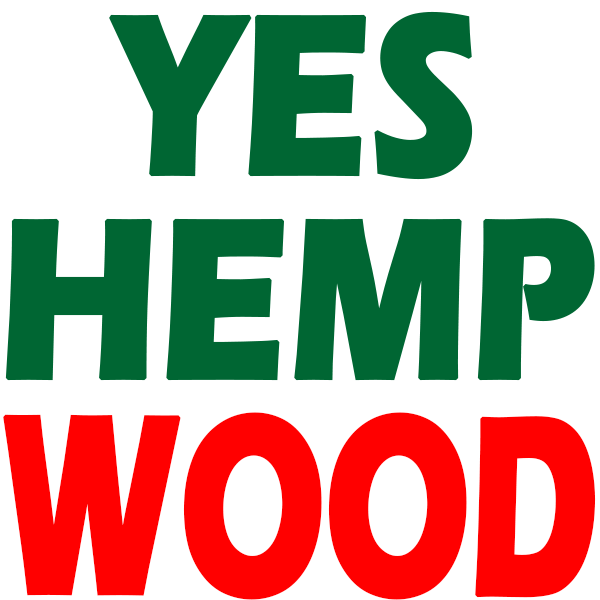 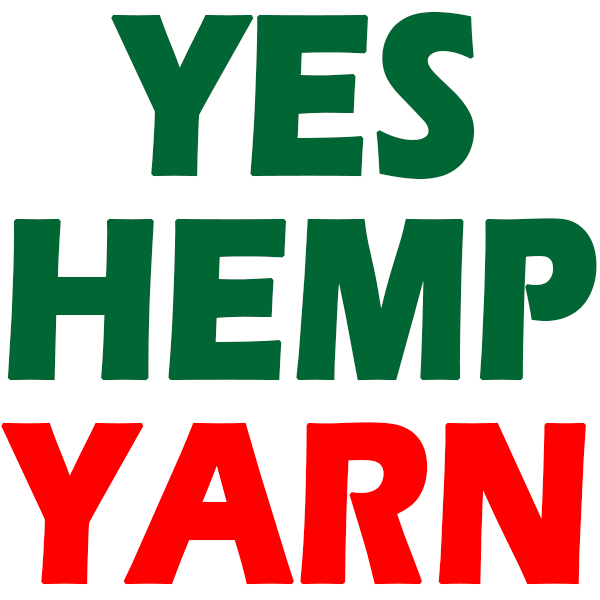 Below is from https://yeshemp.com a must read and pass along please to your friends and neighbors.

1916 to 2018 Industrial Hemp Goes Full Circle . . . Will History Repeat Itself?
Excerpt from “The Poisoning of Americans: A Tale of Congress, the FDA, the Agricultural Department, and Chemical and Pharmaceutical Companies and How They Work Together to Reduce the Health and Life Span of Americans (Kindle Locations 3122-3141). iUniverse. Kindle Edition.”

Edmund Burke – “Those who don’t know history are doomed to repeat it.”
As I continually research Industrial Hemp it’s past, present and future there are pivotal moments in history we should never forget.  The following excerpt from the exquisite discourse by Jacob Silver PhD sickens me of how different the world would be if not for the following events.

Please pass the story link along to your social circle, or please by all means post this excerpt on your site, social media, email it to your friends, scream it from the rooftops.  A novel could be written on what the world could have been if not for the evil s.o.b. industrialists you are about to learn about.

“But hemp is now not used for paper in the United States. Why? It is a friendly plant to the ecology, leaching the soil. It is easily grown in most parts of the United States. An acre of hemp plants absorbs more atmospheric carbon than an acre of any species of tree, or an acre of mixed species of trees. Paper from hemp does not require that there be any deforestation, in the Amazon or in this country. The processing of hemp for paper does not require the use of chloride, which forms the widespread, carcinogenic polychorinated dibenzodioxin, popularly known as dioxin. And hemp can be used to make fabric of many sorts, including canvass, rope, plastic, and building materials for homes and other buildings. Finally, hemp seed produces a very nutritious oil for people & animals.

Part of the reason has to do with the fact that industrial hemp is easily grown in most parts of the United States. How could DuPont, Dow, and Monsanto control that? The obvious answer is that they cannot. But they can, just like the pharmaceutical firms, control a process by patenting it, a process which breaks down wood to make paper. So, by licensing, these three firms control the entire paper making process. This allows them to make a lot of money. But wait one moment. How did the chemical firms get to control this process, given that paper making was wide spread, and industrial hemp production was nationwide? Ah, now begins the story. It is a story of mendacity and irresponsibility, writ large. It also involves the international pollution of air, water, and vegetables of a carcinogenic substance, and the dereliction of the United States Congress and Government.

Between 1916 and 1937 William Randolph Hearst engaged in ‘journalism’ which took leave of facts and was dedicated to a policy goal. This has been called “yellow journalism”, and the Hearst newspapers were dedicated to confusing the distinction between the historic industrial hemp and the Mexican variety, which was recently being brought to the United States by Mexican immigrants. The Mexican term for hemp was marijuana. What Hearst was attempting to do, and was evidently successful, except for the industrial hemp growers, was to have people identify all hemp as marijuana. The motivation of Hearst to engage in this yellow journalism was to reduce competition for wood pulp paper, which he used for his newspapers. This was profitable for Hearst because he had extensive holding of forest land, and was heavily invested in wood pulp paper factories.

The Hearst campaign grew in fervor after George W. Schlichten patented a new machine in 1917 for separating the fiber from the internal woody core (“hurds”) of hemp stalks, reducing labor costs by over 90% and increasing fiber yield by 600%. That, combined with new technology to fashion paper and plastics from hemp-derived cellulose, gradually breathed new life into the hemp industry. Hearst was determined to destroy that industry before its capabilities developed and become apparent.

During the Hoover administration Hearst was friendly with Andrew Mellon, Secretary of the Treasury. Because police powers are, constitutionally, reserved to the states, the federal government resorted to the use of its taxing powers to regulate narcotics, which, under the Harrison Act of 1914, were used to regulate morphine and cocaine. So, the Treasury Secretary was in charge of federal drug regulation. The specific office in the Treasury responsible for administering the Harrison Act was the Federal Bureau of Narcotics, headed by a commissioner. In 1931, Mellon appointed his niece’s husband, Harry J. Anslinger, to be Commissioner of the Federal Bureau of Narcotics.

Hearst, a friend of Pierre DuPont, who shared oil interests with Andrew Mellon, received support for an aggressive campaign. A number of movies were made, including those with the titles: “Marijuana: Assassin of Youth,” Devil’s Weed,” and “Reefer Madness.” Hearst reported on these movies, and, constantly confusing industrial hemp with marijuana, reported stories about insanity and murders inspired by smoking marijuana.

As 1937 began, DuPont began preparing applications for patents for a chemical process to render wood pulp to paper making, and for processes to make plastics from oil. Then, DuPont learned that International Harvester, early in 1937, was manufacturing a machine, based on the process invented by George W. Schlichten, which separated the pulp from the wood in hemp and which could process three tons of hemp an hour and produce higher quality fiber with less loss than wood-based pulp. Hemp was nearly ready to begin undercutting competing products. Popular Mechanics predicted that hemp would become America’s first “billion dollar crop.” It pointed out that “10,000 acres devoted to hemp will produce as much paper as 40,000 acres of average [forest] pulp land.

This machine was also very promising, because it could enable hemp paper to be cost effective against the newly arising wood pulp paper. This was welcomed because wood pulp paper has shorter fiber strands than does hemp paper, and it has stiffer fiber. This results in wood pulp paper being harder and easier to tear, and it also does not have the longevity of hemp paper. Galileo’s notes on his telescopic observations were written on hemp paper, and they still survive, and are quite readable. Even in the first decade of the twenty first century, Kimberly Clark, an American company, has a mill in France which produces hemp paper preferred for bibles because it lasts a long time and doesn’t yellow. But in 1937 the new mechanical method of scutching, separating the pulp from the woody section of the hemp stalk, developed by International Harvester and two other companies, made hemp paper a promising industry for the twentieth century.

This panicked DuPont and Hearst, and they used all the leverage they had to get a bill passed in Congress, which was prepared and submitted by Harry J. Anslinger, and was signed into law by the President that same year. It was called The Marijuana Tax Act. The Act identified the plant whose cultivation was to be taxed as Cannabis sativa. Marijuana is of the same species as hemp, which DuPont and Hearst quite evidently knew. These are two of the varieties of Cannabis sativa, a member of the Mulberry family, which has hundreds of varieties. Marijuana has been bred to have broad leaves which a content of delta 9 tetrahydrocannabinol (THC) between 3% and 20%. Industrial hemp has narrow leaves; it was bred for its stalks. Industrial hemp leaves have a THC content of between 0.05 and 1% . There was no valid public policy reason to combine these varieties under the same regulation.”